Bells have been an important part of European heritage. They were popularly used in churches, clock towers, and even in homes to either signify a time or an important event. In the beginning, the most widely used materials used in its making were copper and bronze.

Later, the need arose to build large bells unique in shape and design. A new Chinese trick was then adopted to pour molten iron into molds to get the desired shape. In no time, cast iron bells became the talk of the town.

The cast-iron bells still exist to date and hold even greater value as they are now treated as antique items. Continue reading to learn more about their history, identification markings, values, and more. 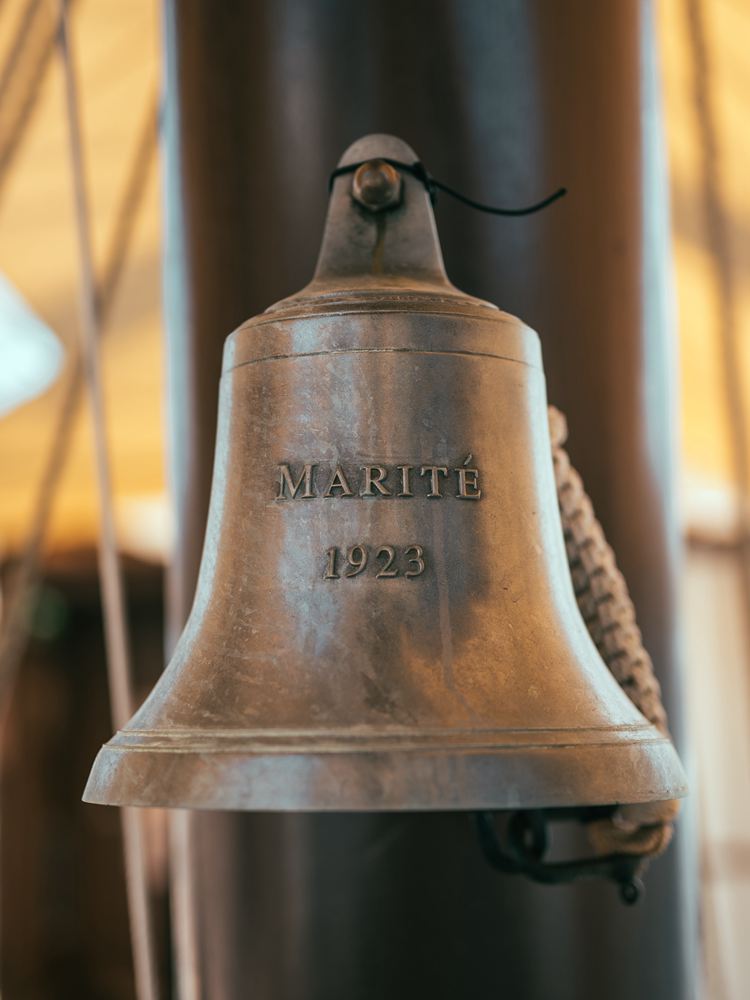 Bells were an essential element of life for the earlier civilizations. In churches, they were associated with religious ceremonies, bells in institutions and clock towers denoted time, and in regular households, they were used to call family members for dinner.

The concept of bell founding in Asia is as old as 2000 BC. Europe was introduced to it in the 4th of the 5th century. Some of the very earliest bells were huge, made of pottery. By the 13th century BC, heavier bells weighing over 150 kg started being cast using the iron.

The types of bells were distinguished by their sizes. For example, the church bells were very large so that they could produce loud frequencies. On the other hand, fire bells were around 30 inches in diameter and sometimes more since they also needed to create enough sound intensity to alarm everyone.

School bells were slightly smaller than fire bells, with diameters ranging from 20 to 30 inches. Farm bells, otherwise known as household bells, were the smallest. This is because there was no point in their sound to travel very far. Their diameters were no more than 10 to 20 inches.

The basic parts of all cast iron bells for any purpose are as follows: 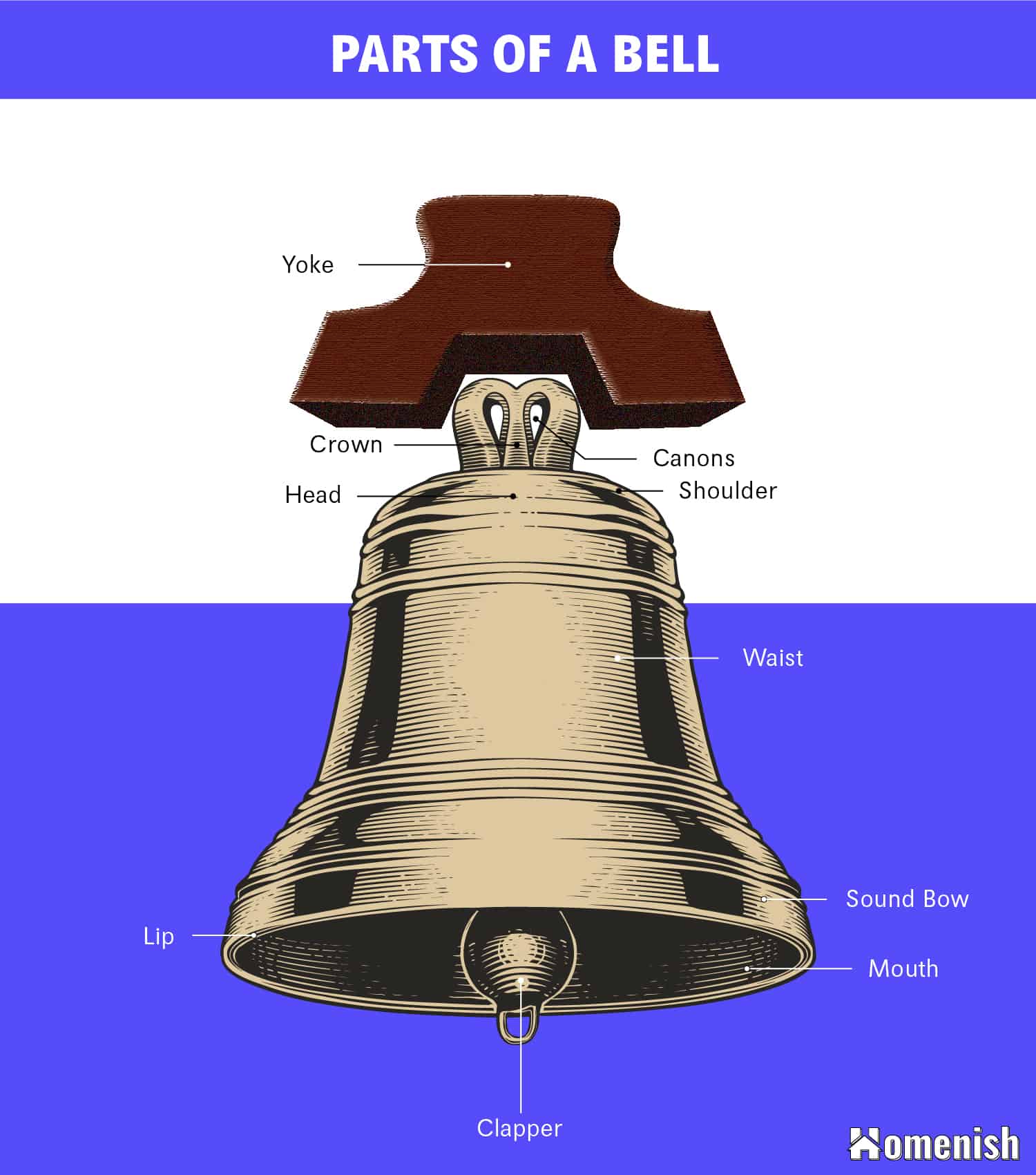 Since antique items are very valuable in today’s world, it’s easy to mistake an old-looking bell for a centuries-old product. If you’re an antique enthusiast, adding this specific object to your collection would be nothing less than a dream.

Therefore, you must know how to identify old cast iron bells to save yourself from spending your savings on a replica.

First of all, it’s essential to notice if the bell you’re looking at has any casting line. If it does, don’t wait a second moving away from that object since original antique cast iron bells do not show a parting or a casting line as they were cast in one piece.

Closely inspect the edges of the bell 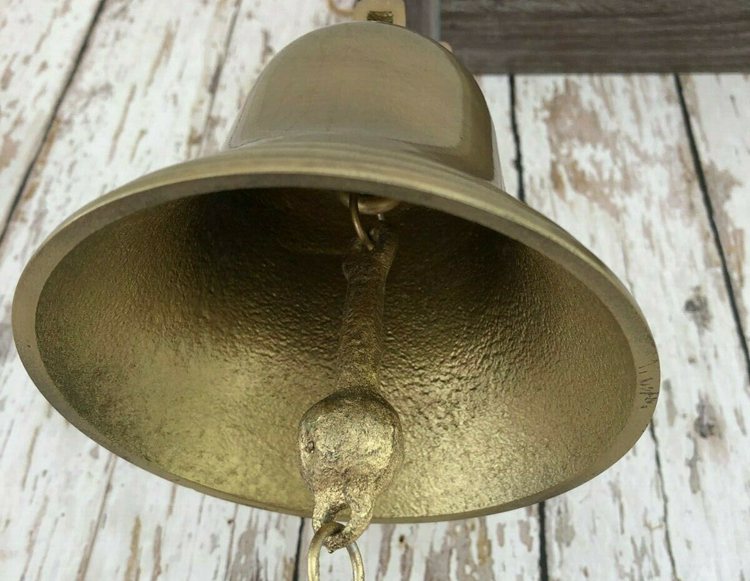 Next, closely inspect the edges of the bell. The authentic antique cast iron bells would have edges that have become soft and irregular in shape over the time they’ve survived. The replica would most probably have slightly sharper edges that may or may not have been purposely made to look irregular.

Lastly, in appearance, the body of the bell will look old and weathered. Other than that, the edges of the antique bell will be heavily worn or tarnished. The fake antique cast iron bell will lack these characteristics.

Finding antique cast iron bells is not as difficult as it may sound. They are available anywhere you’d find other antique items such as flea markets, garage sales, thrift stores, antique stores, eBay, LiveAuctioneers, etc.

Although the identification method is pretty useful for antique bells, you should always look for any kind of markings. On cast-iron bells, these markings are usually present on either side of the yoke that gives the information on the manufacturer of the product.

With the advancement of technology, mass production became possible. However, the quality of vintage items regarding their design, material, and functionality remains unbeatable. Another factor that unarguably adds to the worth of the cast iron bells is their durability.

Furthermore, the fact that these goods are antique and cannot be remade adds to their value. Some people still bring the bells into their daily use, while others only treat them as admirable items to their collection.

The worth of antique bells depends on multiple factors such as their size, weight, and material. Because of the simplicity with which these bells were made when the method of casting iron became widespread, the cost of these bells became reasonable for individuals.

Before the era of cellphones, when farming and agriculture were the way of life, people used bells to call family members to dinner. These bells were either small enough to be handheld or of average size that was installed in the farmland.

Antique cast iron school bells had a diameter ranging from 20 to 30 inches while the weight fell between 100 to 300 lbs. Since school bells are more significant than dinner or farm bells, their prices are slightly greater as well.

Vintage church bells are the heaviest, with wide ranges for both diameter and weight. The size of the diameter of these bells falls between 30 to 55 inches while their weight exceeds up to 2000 lbs and sometimes even more. So, of course, they’re more expensive than most school bells.

In 2021, a Large Antique Cast Iron Church Bell on eBay had a cost of around $950. The same bell type with a more rustic appearance from Lakeside Foundry Company Chicago was about $347.

Other very famous old times brands were O.S Bell and Company and C.S Bell and Hillsboro.

As soon as you find a perfect antique cast iron bell, you should clean it to give it a nice outlook. However, you must keep in mind that cleaning should not be extensive, and coating a new material must be avoided entirely as you dont want the bell to lose its antiquity.

To restore a cast iron bell, wash both the outer and inner area with warm water. Then, dip a soap pad in a mixture of warm water and mild dish detergent. First, test the solution on the inner surface where any damage won’t be visible.

After that, scrub gently over the remaining surface area of the bell. Make sure you don’t ruin the patina that has formed over time, signifying the great history that bell has survived. Then, rinse it off with warm water.

Finally, wipe off the cast iron bell with a microfiber cloth. This extensive cleaning is required only once when purchasing an antique cast iron bell. After that, you would only need to regularly get rid of the dirt using a soft cloth to keep the item in perfect condition.
For a detailed visual restoration of an antique bell, click here.

Vintage bells add a touch of history and identity to your house. Some people still use it to call their family for a gathering to stay close to roots and traditions. If you want to keep it outside, just make sure they are protected from the harsh climatic elements to maintain their tone and condition.