Antique furniture legs do more than just complete the appearance of a piece. Leg styles are also very accommodating when it comes to identifying the period when a specific antique was produced. When analyzed in combination with furniture foot styles, leg styles often reveal the antique furniture style and manufacturer – this helps collectors evaluate the value of antique pieces.

Leg styles changed throughout the centuries, with furniture makers always trying to make new versions better than the preceding styles. This detailed guide will show you how to identify antique furniture leg styles. 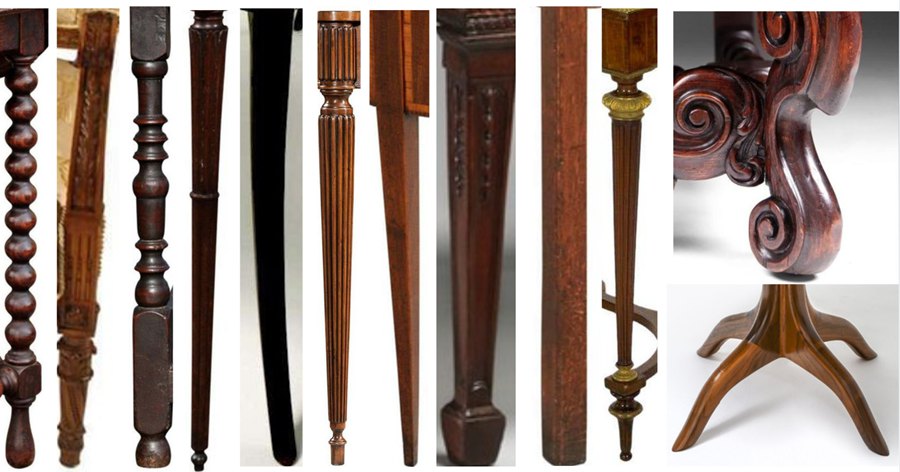 Named after an 18th-century furniture designer known as Robert Adam, Adam’s leg style features the same width along the length and ends in a slightly rounded foot. In some cases, the Adam leg style may feature intricate carvings along its sides.

Bobbin legs feature spool-shaped horizontal embellishments created with a lathe. Some antiques may have squared sections that interrupt these bobbins. Most of the antique furniture pieces from the late seventeenth century stand on bobbin legs.

This leg style features some similarities to the Adam leg style. Much like the Adam leg style, the width remains the same for most of the leg’s length. Baluster legs, however, tend to have small lathe scrolling on their bottom and top quarters.

Baluster legs were very popular in the 17th century, although they were still being used in the 19th century. The leg-style mirrors balusters found in staircase railings.

A popular furniture leg style in the early to mid-18th century, the cabriole leg style imitates the shape of a goat’s legs when jumping. The leg style features inward curving ankles and outward-curving knees which end in a very decorative foot.

This leg style is largely associated with the Chippendale and Queen Anne antique furniture pieces. It is also common on reproductions that generally mix several designs.

On the Chippendale antique pieces, cabriole styles generally end in a ball and a pad- or claw-foot. In the Queen Anne pieces, the pad is the most predominant design.

The defining feature for this leg style is the scrolls at the bottom and top. The scrolls spiral in opposite directions.

Emerging between 1650 and 1700, the leg style is common in the late Baroque styles like William and Mary and Restoration. The leg style was also used by Gerrit Jensen, a designer who made cabinets for King Charles II.

The leg style flourished in Neoclassical styles that were popular between 1750 and early 1800. Some of the furniture styles that used fluted legs included the Hepplewhite and the 19th-century classical revival styles.

This leg style is very similar to the reeded leg. The only difference between the two styles is that the channels are convex or raised in reeded legs while they are concave in the fluted style.

Largely influenced by the Tudor style, Jacobean legs are heavily decorated straight legs that are generally bulb-turned, with a melon bulb becoming a common design on furniture using this leg style. Another name used to describe the melon bulb design was cup and cover.

This substantial furniture leg style is generally square, straight, and plain. In some rare cases, however, the leg style may feature a fluted carving.

The leg style was largely used in the mid-18th century American and English furniture. It was also featured in the late styles of Chippendale furniture, especially in bedsteads, sofas, tables, and chairs.

The reeded leg style features a series of round grooves or rides that are vertically carved at regular intervals. The leg style is designed to resemble the ancient Roman and Greek Motifs.

This furniture leg style flourished in the late Empire, Regency, and Neoclassical furniture styles that developed towards the turn of the 19th century. The reeded leg style is common in the Sheraton furniture designs.

The leg style is very similar to the fluted leg style, except that its reeds are convex, as opposed to concave on fluted design. The reeded leg’s popularity surpassed that of the fluted legs towards the end of the 18th century and took over in the 19th century.

This furniture leg style flares out in a concave shape much like a curved sword or saber. The leg style can be squared or round and tends to taper gradually. The style is common on sofas, stools, and chairs.

Going back to antiquity – several examples have been found on the Klismos chairs that have their origin in Greek empires – the leg style underwent a revival in the late 18th century among various furniture designers, including Sheraton, Empire, and Regency.

This furniture leg style is thin, delicate, curved, and is generally extending below a round tabletop on grounds of 3 or 4 legs. The leg style generally ends in spade feet or with no feet.

Common in a large number of the furniture made in the early 19th century and late 18th century, the furniture leg style was largely used to support tea tables, candle stands, and other light but portable pieces.

It is worth noting that the spider legs are not just present in antique furniture. They are also common in modern furniture, having remained enduringly popular to the present.

One of the oldest furniture leg styles, the spiral leg style uses the appearance of a twisted rope in its design. The furniture leg style is thought to have its origin in India. The style, however, traveled westward reaching Europe in 1650 and moving to Holland, Portugal, and then England where it stayed popular from 1660 to 1703.

The furniture leg style was common on William and Mary furniture and the Restoration furniture. The spiral leg style enjoyed a comeback over 100 years later in the Federal and late Empire pieces.

The style was revived for a third time in the mid-19th century and utilized on a large number of furniture pieces produced in the Victorian period. Spiral legs are often called barley-twist (especially in England) and spiral twists.

This furniture leg style is turned, fairly thick, and features multiple curves. It flares outward and upward from a narrow base to imitate the appearance of an upturned trumpet.

The top of the leg is generally capped with a dome, with the end terminating in a ball foot, Spanish foot, or bun foot. The furniture leg style is common among the Baroque furniture pieces, especially William and Mary and English Restoration.

It often appears in accent tables, lowboys, and highboys, with the legs connected by a serpentine stretcher. The trumpet-turned leg is a common name used for this furniture leg style.

A master furniture designer and cabinet maker, Thomas Sheraton influenced the furniture industry between 1790 and 1820. Sheraton leg style was mostly straight but tapered in some cases.

With antique furniture from different periods featuring different leg styles, most collectors often rely on the legs to determine the age – and value – of different antique pieces. When looking for antique furniture to use as part of their interior design, homeowners also check the leg styles, as some styles blend in perfectly while others are known to attract a lot of attention.

If you need help identifying a specific leg style, do not hesitate to talk to us. Post your question in the comment section and we will be more than happy to help. 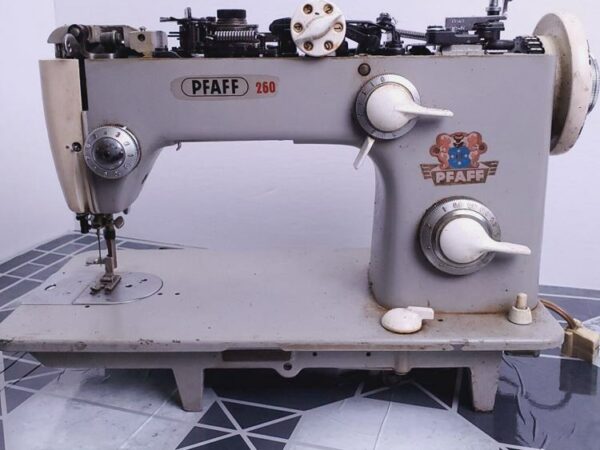 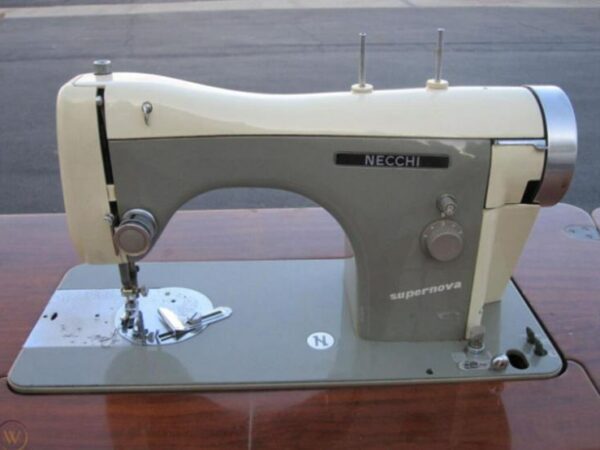 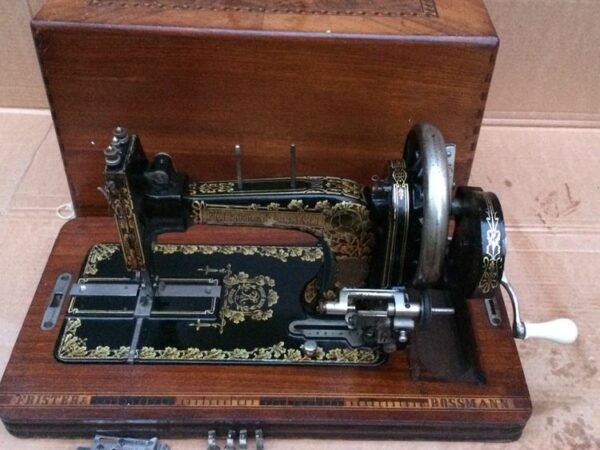 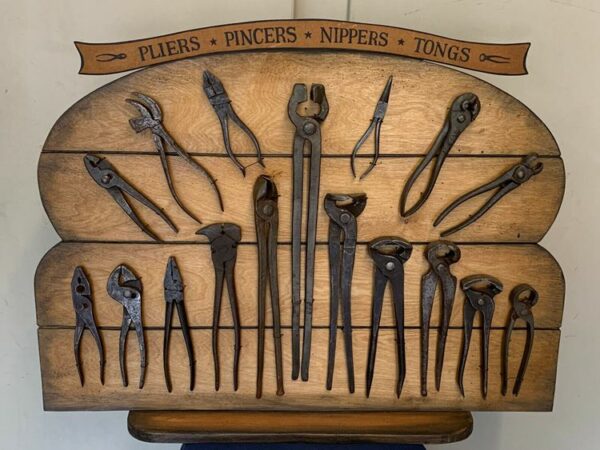 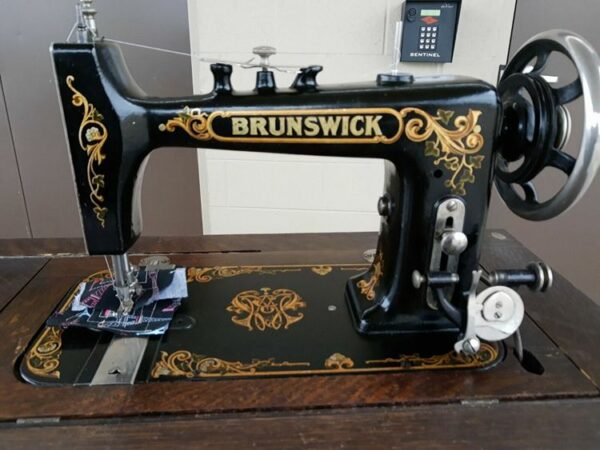 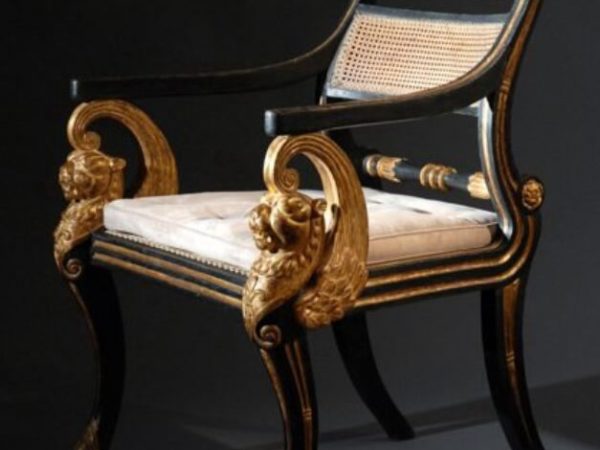 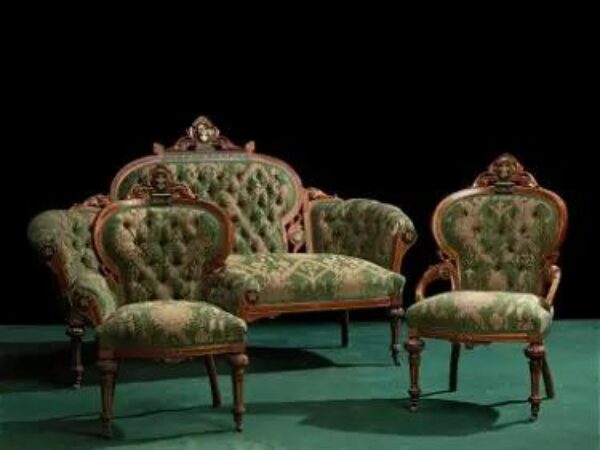