Ranging from ashtrays and vases to planters and cookie jars, these simple, yet elegant pieces always managed to transform homes. Over 100 years since the McCoy Pottery Company was established, its artistic pottery products have been enjoying growing popularity among collectors.

Today, the rarest McCoy pieces cost thousands of dollars. on eBay, for example, we found a rare McCoy cookie jar with a price tag of $3,500 attached to it. The cookie jar was followed closely by a Jardiniere selling at $950 and a flower vase selling at $895.

When collectors have to pay a lot of money for their pieces, they often want to ensure they are receiving genuine products. To help you distinguish genuine McCoy pottery from fakes, this detailed guide will answer all the questions surrounding collecting McCoy pottery.

What is McCoy Pottery – The History of Mccoy Pottery

Established in Roseville, Ohio, the new company focused on the production of utilitarian stoneware. The company operated independently until 1918.

1918: The Nelson McCoy Sanitary and Stoneware Company Becomes Part of the ACPC

Between 1910 and 1918, Nelson McCoy Sanitary and Stoneware Company was also mining, buying, and selling clay. At around 1918, the pottery company joined with 11 other stoneware potteries to create what was known as the American Clay Products Company (ACPC). The ACPC thrived until 1926 when it was liquidated.

One of the rarest McCoy products we found online, this McCoy Cookie Jar dates back to 1915. It was among the first utilitarian products produced by the McCoy Pottery Company.

Featuring an Art & Crafts style, this McCoy Jardinière was produced between 1900 and 1919. The attractive McCoy Jardinière is decorated with whimsical pansies that describe long summer evenings and warm spring days.

The artistic vase features 10 attractive and nicely embossed artistic flowers on its sides. Currently listed on eBay, the McCoy Flower Art Vase is selling at $895.

Produced by McCoy Pottery Company in the late 1920s, this McCoy Floral Design Vase is an excellent work of art. Standing at 9.25 inches tall, the vase features pastel decorations that are cut and incised into the sides of the vase.

The vase has a wide mid-section that narrows upwards and finishes off in a wide circular rim. The base of the vase is carefully designed to make it stable. Currently listed on eBay, this vase is selling at $800.

Featuring a large 16-inch turtle, 1 medium turtle, and a small turtle, this collection is designed to make any garden more appealing.

Produced by the McCoy Pottery Company when it was still making utilitarian products, this McCoy Umbrella Stand dates back to 1920. The Umbrella Holder Stand is yellow and green although it does feature various decorations on its sides.

Although the umbrella stand has been around for over a century, the seller reports that it is still in excellent condition. Currently, on sale on eBay, the Umbrella stand has a price tag of $725.

Manufactured between 1915 and 1920, this Blended Glaze McCoy Jardiniere is not only rare but also very attractive. The Jardiniere not only combines different colors but also has various arts curved on its surface.

A spectacular and rare piece, this McCoy Floral Garden Plant Vase has been around for more than a century. Produced by McCoy as a utilitarian product, the vase was marketed for use in gardens.

Standing at a height of 22 inches, this Independence Hall & Liberty Bell McCoy Umbrella Stand was manufactured between 1900 and 1919. Manufactured as a utilitarian product, the umbrella stand is multi-color decorated and features artistic drawings of the independence hall and liberty bell.

This Majolica Rose McCoy Plant Stand was produced in the 1910s. Perfectly pairing its impressive design with floral decorations, the plant stand is quite appealing to collectors.

According to the seller, the plant stand has aged perfectly and has not suffered any damage despite being around for more than 9 decades. Currently, on sale on eBay, this plant stand is selling at $395.

How to Identify Mccoy Pottery Marks

Products produced by the McCoy Pottery Company had a wide variety of marks that changed through the years. The most common McCoy Pottery Marks include: 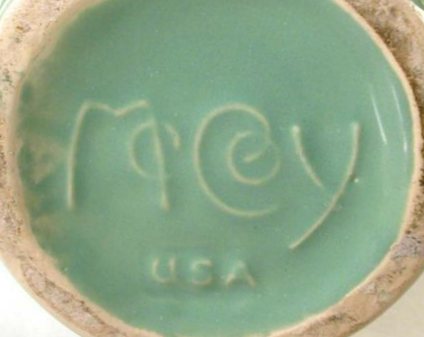 One of the rarest McCoy pottery marks, this mark was only made available in the barrel cookie jars. Today, it is believed that only 3 genuine cookie jars exist that have this mark.

Common on the bottom of cookie jars produced by McCoy, this mark spelled the name McCoy inside what looked like a happy face. Under the happy face, the mark had the USA initials.

Present at the bottom of the World Globe cookie jar, this mark spells the names McCoy and USA.

Spelling the worlds McCoy and the USA like the previous marks, the only difference on the locomotive cookie jar mark is that it is slightly compact.

This mark combines several features – it has the numbers 0272 and the names McCoy and USA. The mark appears at the bottom of McCoy Thinking Puppy cookie jars.

Present on planters, this mark requires a close-up look to spot. The mark spells out the names McCoy and USA. 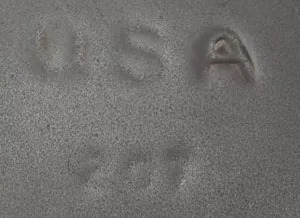 This mark does not include the name ‘McCoy’ in it. The mark only features the name USA and some numbers. 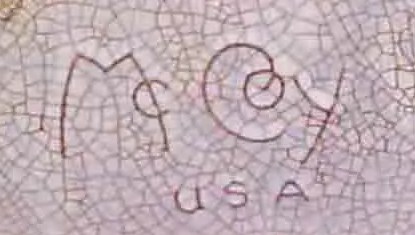 Appearing on the Cauliflower Mammy jar, this mark spells the names McCoy and USA.

How Much is McCoy Pottery Worth – Complete Value Guide

McCoy collectors often want to understand the value of the items they are targeting. The goal is generally to avoid paying more money than the pieces they are collecting are worth.

With a detailed McCoy pottery price guide, valuing antique and vintage McCoy products should be easier for you. Below, we will look at the factors that affect the cost of McCoy products:

McCoy Pottery Company has been producing pottery products for more than 120 years. If you manage to find a McCoy product dating back to the beginning of the 20thcentury or the end of the 19thcentury, it will be costlier than a similar product produced in the second half of the 20thcentury.

Collectors value antiques that are in good shape. Therefore, a McCoy antique made in 1900 can be less valuable than a vintage McCoy produced in the 1970s if the older piece is in bad condition.

The market generally operates on a supply vs. demand basis. When it comes to rare antiques, the demand is almost always higher than the supply. For this reason, the rarest McCoy pieces will always have a higher value than the common pieces.

McCoy products that have been previously owned by well-known individuals will always have a higher price than those owned by the regular person.

How to Tell age of McCoy Pottery

One of the easiest ways to tell the age of McCoy products is to check the decoration style. Different styles were used during different periods: 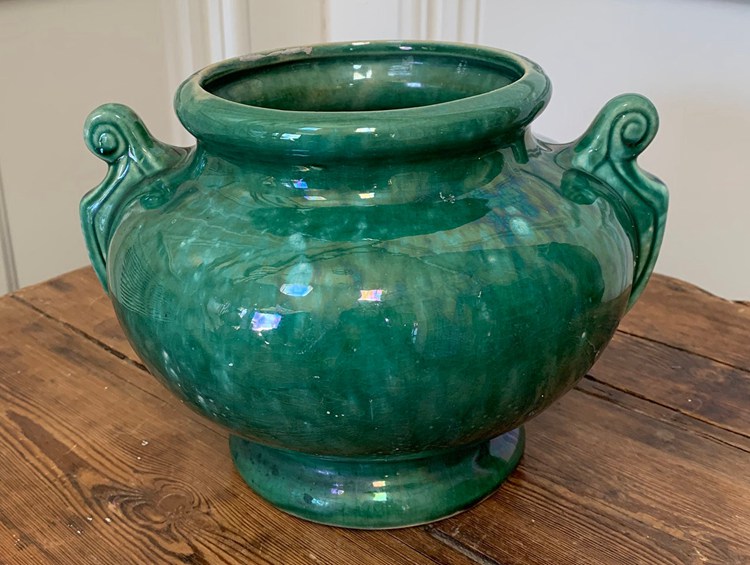 This style featured an attractive swirled glaze that was very similar to stone. The style was common when McCoy Pottery Company was still producing utilitarian products – this is the period sitting between 1910 and 1933. 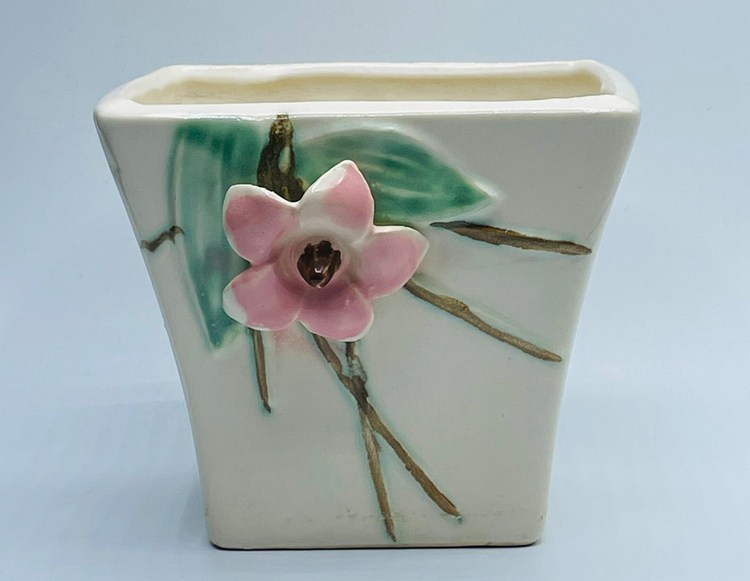 Displaying beautiful floral elements, this multi-colored style appeared when McCoy Pottery Company started producing decorative pieces. The period for this style started in 1933 and run into the mid-1940s. 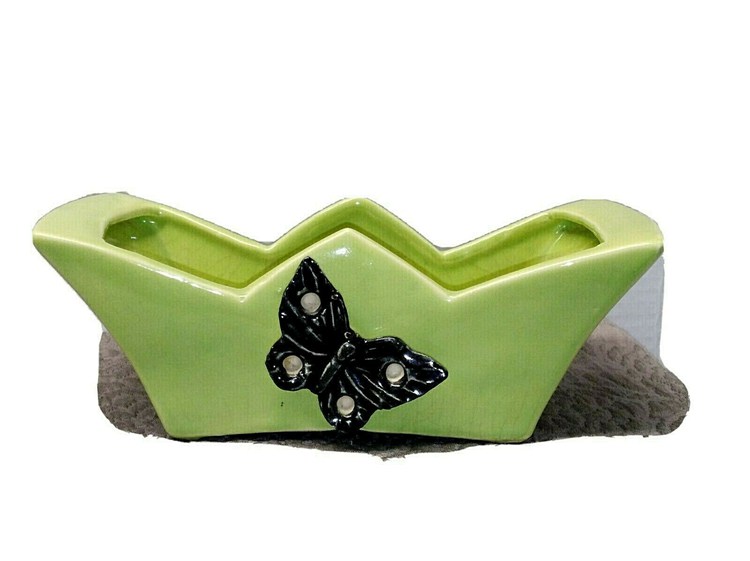 This 1950s pattern had elements like butterflies and flowers. In the 1950s, McCoy also used glass gems to create additional sparkle. 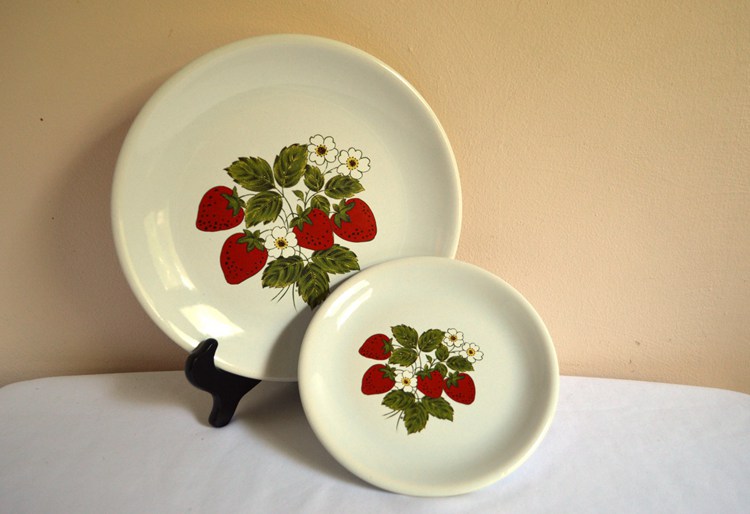 This type of decoration was produced towards the end of McCoy Pottery Company’s existence. This is the period running from the late 1970s to 1991. This simple pattern featured strawberries on basic white glaze.

Producing pottery products for more than 100 years, McCoy Pottery Company has a lot of fans when it comes to collecting vintage and antique pottery. Before closing shop in 1991, the company changed from producing utilitarian products to making decorative pottery.

While utilitarian products may have lost their edge when they were in production between 1910 and 1933, today these pieces are among the most sought-after collectibles.

This guide takes a deeper look at McCoy Pottery Company products and answers the most common questions that collectors ask. If you feel there is a question we did not cover, please let us know in the comment section.