The ceramic industry in China dates as far back as 2000 years ago. But, Chinese porcelain continues to be a source of fascination even today. Unsurprisingly, many people attempt to reproduce these ancient ceramic pieces and pass them off as genuine antiques that can sometimes end up being auctioned for large amounts of money.

To the novice collector, telling a genuine piece of Chinese porcelain from a fake one can be a bit tricky. Because every dynasty and every era came with its own types of porcelains, there isn’t just one way to check a genuinely valuable collectible against a modern counterfeit.

That said, you can learn how to spot original Chinese ceramics including plates, cups, and vases too based on the era they were created. Here, we’ll give you a basic guide on how you can identify an antique Chinese vase.

Pay attention to the following factors when determining whether a vase is an authentic antique from China.

Step 1: Shape of the vase 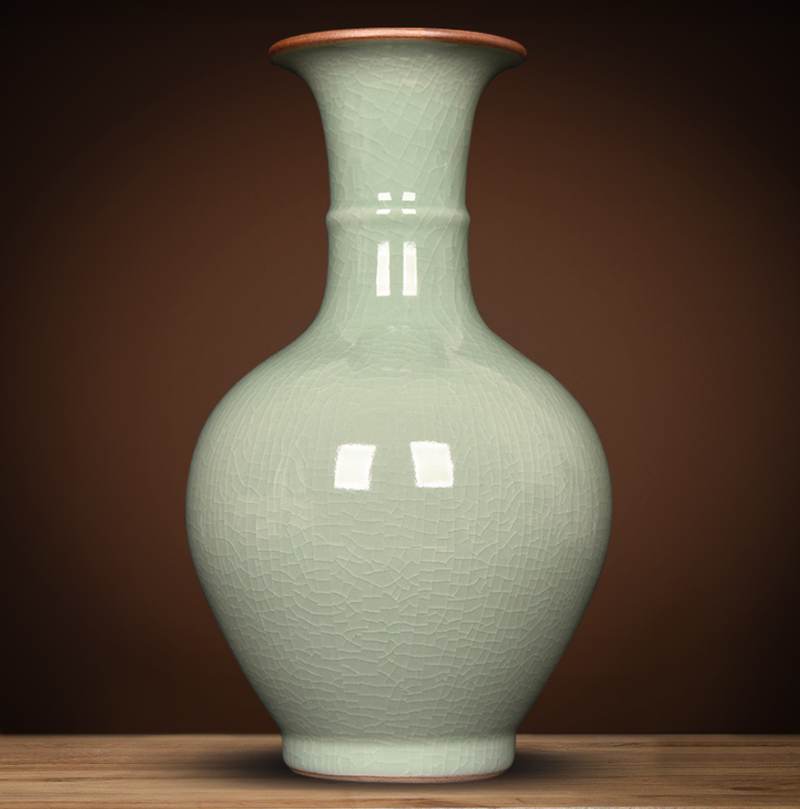 The first step to check whether a Chinese vase is genuine is to do a quick over of the shape. The shape of vases changed slightly from one dynasty to the next but these were not big changes and the shapes would largely remain the same from one era to the next.

A vase whose shape was not in existence during the dynasties is probably not a genuine antique. Overall, about 20 vase shapes are authentically Chinese. During the Song dynasty (960 to 1290 AD), vases took a plum shape, also known as meiping. In this same period, there were also pear-shaped, cong-shaped, and double-gourd-shaped vases.

The beaker vase and garlic mouth vase were popular during the Yuan dynasty (1271 to 1368 AD) while the moonflask, globular vase, and Rolwagen (sleeve) vase were hallmarks of the Ming dynasty (1368 to 1644 AD).

The willow leaf vase, bangchuiping, yen-yen vase, and mallet-shaped vase, belong to the Qing dynasty. The Yongzheng dynasty (1723-1735 AD) saw the rise of the Begonia-shaped and pomegranate vase while the conjoined vase, hundred deer, and Zhuanxinping rotating vase were popular during the Qianlong dynasty (1736-1795 AD).

A vase must correspond to its specific era before you can move on to authenticate the other factors. The guys at Bidamount have put together a nice video that can help you understand and date Chinese porcelain. 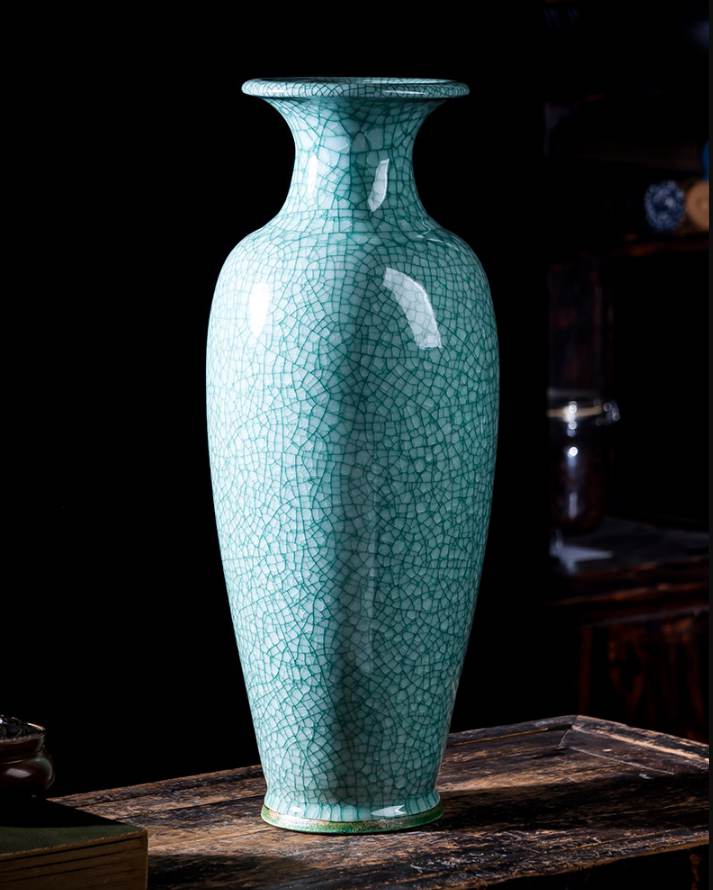 Once an antique vase passes the shape test, the next step is to check the color used to decorate the vase. Most ancient Chinese potters used a variation of blue paint on a white surface.

The color pallet of the blue dye that potters used to decorate the vases varied from one era to the next depending on what was available at the time and the quality of inks that were allowed to be imported at any given time.

Apart from the typical blue and white color, some ancient Chinese vases will also be decorated in red, red, and green underglaze, an overglaze of blue and an underglaze of other colors (doucai), multiple color combinations (wucai), and enamel colors, just to mention a few.

By checking the colors used to decorate the porcelain and matching this with the shape, you can determine when the vase was manufactured and whether it qualifies to be classified as an antique.

Step 3: The decorations and imagery

Chinese potters decorated porcelain with many different motifs. Flowers are the most popular form of artwork on these ancient pieces but like everything else, the decorative themes varied from one era to the other.

Other popular decorations that can help you to identify an antique Chinese vase are the peony and crab apple tree appearing together, and hibiscus and rose, which appear separately or together on a single piece. Others include orchids, lotus, chrysanthemum, jasmine, and camellia, as well as lotus and peaches.

A vase is likely not a genuine antique if it features decorations other than those that were common since the Song dynasty when pottery began in China.

Step 4: Base and foot of the vase 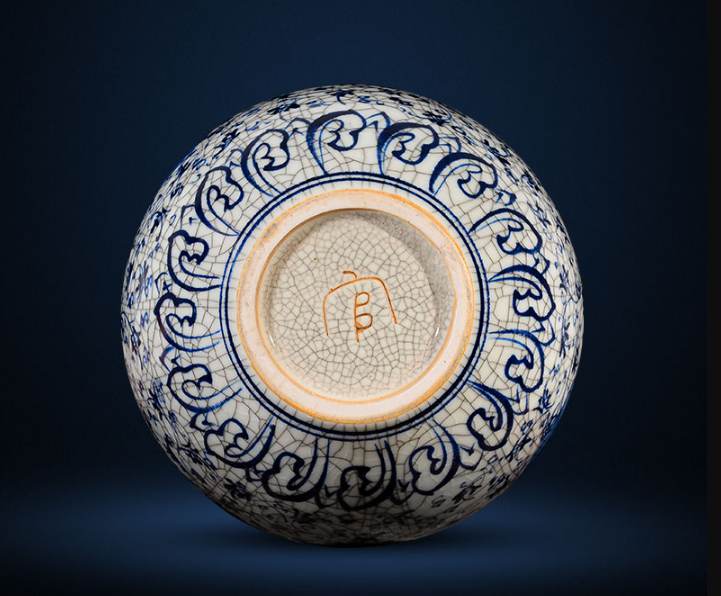 The appearance of the underside of a vase is an accurate indicator of whether the piece is an authentic antique or a modern fake. Admittedly, imitators do come very close to replicating the appearance of the foot of antique vases but expert collectors with a keen eye will be able to notice the subtle differences.

Potters from different eras used different techniques to construct and shape the foot of the vase. Therefore, the foot should match the period being suggested; otherwise, the vase would be dismissed as inauthentic.

For example, in the early Qing era, the foot rims were smoother, denser, and whiter than those of the later Qing era. In the period between the late Ming era to the Transition period, potters used super-white paste on the undersides and knife trims are visible on these vases as well. Check out this helpful resource to learn more about dating Chinese porcelain by the foot rim.

Chinese ceramics are characterized by a glass-like coating applied to the body of the item. This waterproof coating is known as glaze. Glaze was used to protect porous ceramic and to decorate items.

The type of glaze used varied greatly from one dynasty to the next. The use of glaze began with the Sui and Tang dynasties in the period from 581 to 907 AD. The type of glaze needs to match the era that a vase is claimed to have come from for it to be considered a genuine antique.

Ceramics from the Tang dynasty (618-907AD) for example, featured a triple colored glaze (sancai) typically in green, amber, and cream but some pieces were also purple, blue, and brown. During the Song dynasty (960-1279AD) potters used cool-toned monochrome glazes that in today’s world of interior décor are quite modern.

Ceramics from the Song dynasty can be further categorized in the kiln from which they were made. The five great kilns of China included the Jun, Ding, Ge, Guan and, Ru. Ru ceramics, also known as Ru Ware are extremely rare and are sought-after for their jade glaze. 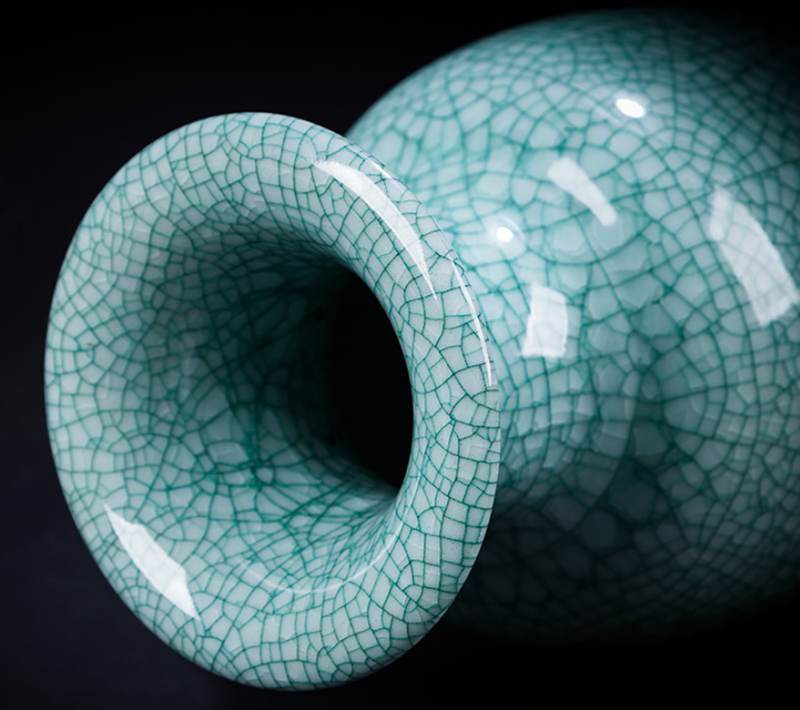 The use of clay, which was then fired at a temperature of around 1400oC, peaked in the 18th century. Potters in Jingdezhen used a mix of petuntse and kaolin to produce extremely white and translucent porcelain. This type of porcelain is now a rarity.

Generally, according to collectors, porcelain vases made in the 18th century should not show any signs of defect given that this period was the height of the ceramic industry in China. 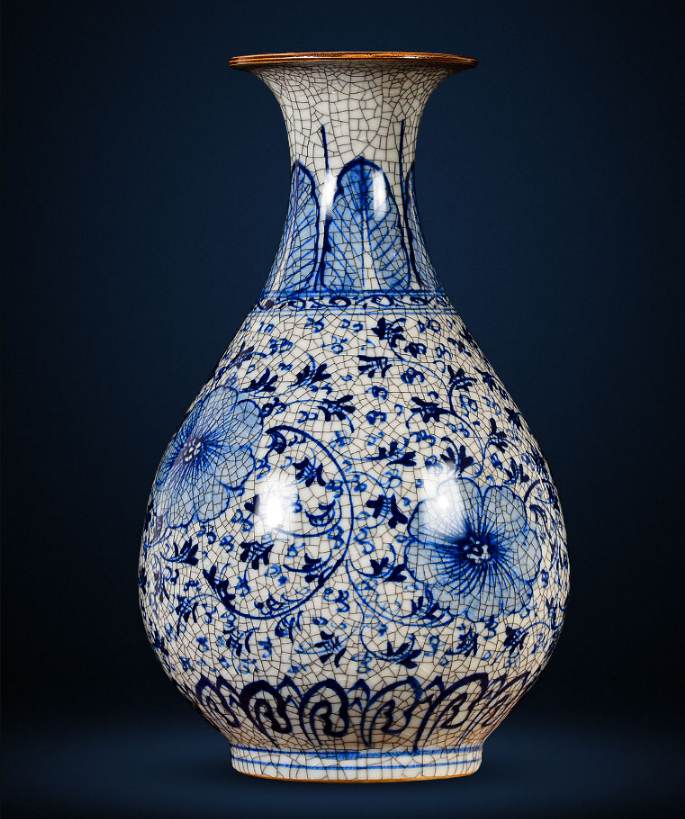 Lastly, any artifact that claims to be hundreds or even thousands of years old will show signs of aging. In the case of antique vases, we recommend checking on the foot and the sides of the body of the vase.

The foot of a genuine antique vase will usually have dirt from where the vase had sat for many years. You will know that the dirt is not artificial or ‘fake’ because it would be easy to wipe using a cloth.

Check the body of the vase. A truly antique vase will have visible signs of wear and tear but these would be random and not carefully placed, choreographed marks designed to make a vase look older than it really is. Here is a helpful video that will show you how to check for authentic signs of aging on Chinese ceramics.

If possible, get a feel for as many ancient Chinese ceramics as you can. Reputable auction houses allow potential buyers to handle different kinds of ceramics. The more of these you can see, feel and touch, the better placed you will be to identify how genuine antique looks and feels.

Familiarize yourself with the Chinese dynasties starting from the time the ceramics industry started in the country. This way, you will be able to identify the shapes, colors, porcelains, and decorations associated with each era, allowing you to identify if a piece truly belongs to the era it is said to belong to.

Learn about the kiln sites and techniques that were used during each dynasty. When you know how vases from a certain era were made, you will be better placed to tell a modern counterfeit from a genuine antique dating many hundreds or thousands of years ago.

Learn how to authenticate sought-after Chinese vases and ceramics

The history of China’s ceramics is a long and rich one. Seasoned collectors have spent many years studying the various dynasties, ceramic-making techniques, kiln sites, color pallets, and decorations to sharpen their ability to authenticate rare and sought-after artifacts.

As you can see from our guide, there are multiple factors to consider when checking the authenticity of antique porcelain vases and other items. The more you handle such pieces the better you will become at identifying the real from the fake ones. It takes time, practice, and patience but eventually, you will master the art of identifying historical artifacts and collectibles.