It’s impossible to find a workshop in this modern era that doesn’t have a vise in it. The main function of this tool is to secure an object, letting you work on it easily. Due to its simple design, users of all skill and experience levels can profit from their use.

Are you interested in learning more about this simple yet versatile tool? I have prepared all you need to know about Antique vises. Find out its origins and how to identify, assess, and sell Antique vises as you read further. 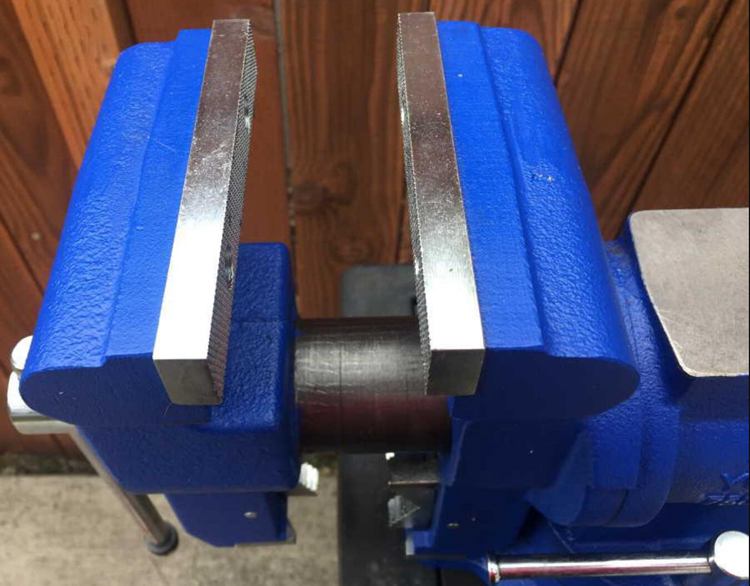 The History of Antique Vise

The clamping technique came to life in the middle ages when clamps and thread became popular. Back then, artisans devised a tiring process of holding objects in place with wedges and hammers. Thankfully, there was a breakthrough in 1750, after the invention of the parallel vise.

The tool was wooden and had sliding jaws that moved horizontally on movable slots. While these were helpful, they rarely lasted as they were subject to wear and tear over time. As a result, producers had to seek out other materials that they could use to create these tools instead of wood.

In 1830, England produced the first cast iron vise. These vises outlasted their wooden counterparts in terms of durability. However, these vises were not ideal because they made these tools from liquid iron. This material created voids in the casting structure and made it fragile and porous.

As a result, the vises were prone to breaking under pressure. Its makers fell back to using steel until there was an improvement in the quality of cast iron.

Modern vises have evolved significantly due to manufacturing process advances since the early days of the parallel tool.

While the basic design hasn’t changed much, today’s vises are of cast iron and steel that are far more durable than before. Their modern design allows them to hold workpieces of various shapes and sizes. Today, several types of these tools can be used in special applications.

How to Identify Antique Vise

Identifying an Antique vise is very easy. Though modern and older versions have the same basic features, there are a few distinctions between both. Here are the basics that differentiate an antique from the current tool versions.

Identifying Antique Vises by their material

The first and foremost thing that distinguishes an antique is its material. Antique Vises are made from old cast iron, with several imperfections compared to newer materials. On the other hand, modern versions are from ductile iron or steel.

As time evolved, artisans found ways of tweaking and adding a few things to vises to make them more functional. As a result, these older vises lack some features present in modern versions. A good example is rotating a vise head in a circle, allowing you to be more flexible when working. Some current versions might have several jaws or a specialty jaw for particular applications. 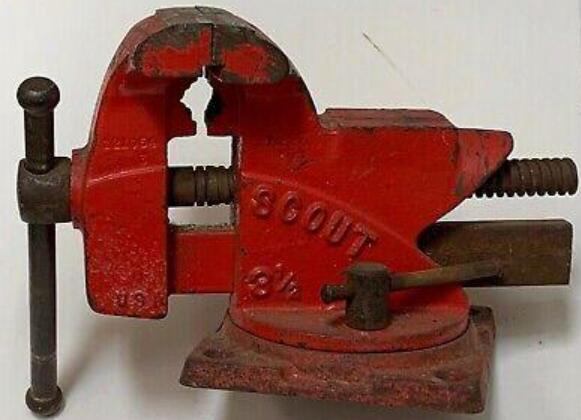 Some antique vises have dates on their slide keys, if you haven’t noticed. A good example is an old vise from Wilton. These numbers tell when the tool was ready for release or sale.

The vise’s body contains the sliding key, which prevents the front jaw from rotating. It is a square piece of key stock that fits into the vise’s grooves. To locate the sliding key, simply unscrew it completely and turn it over. You’ll notice different numbers, most of which state the month and the year. 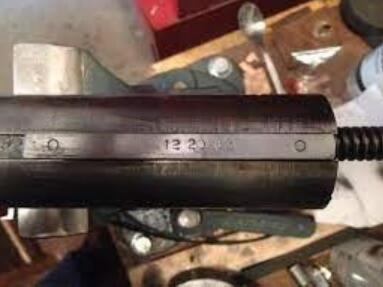 Another consideration is the GUAR EXP dates on the sliding key. This means that the date does not show the product’s release but its expiration. The only difficulty is identifying whether the numbers indicate expiration or production.

Furthermore, some sliding keys lack any date stamps, while others contain mistakes that display incorrect dates. The company either released these accidentally or manufactured them before Wilton introduced the slide key.

You should also be aware that date stamps may NOT indicate the date of manufacture. This is because castings would remain unused for years; therefore, they could have date stamps made long after the vise casting. 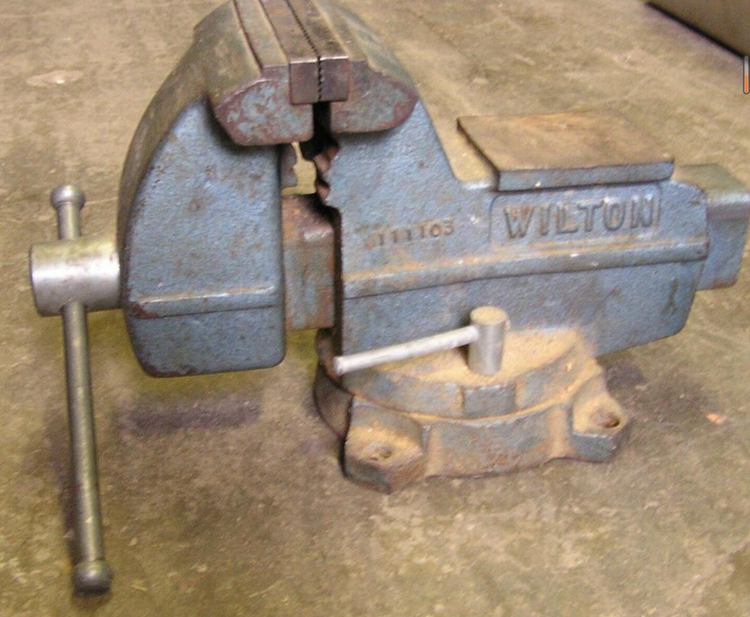 The jaw width of different models has varying measurements. Hence, it is one of the simplest ways to tell an antique apart. However, this information is not enough since some vises produced in similar times might have the same features. What you do is measure the weight alongside the jaw width.

What do you do with this information?

Visit sites like vintagevises.com/library/ to help you find the brand and model. Another essential thing to note is the base type. Is it stationary? Does it swivel or clamp? Once you have stated these, you can use the information to get more details about the tool.

The 1800s and 1900s saw the rise of several manufacturing companies. Let’s look at some of them.

The story of Wilton began in 1941 when an immigrant, Hugh Vogl, founded the manufacturing company. He named it after the Chicago, Illinois intersection where the first company building stood.

From its inception to 1945, Hugh continued producing these tools in Chicago solely for the US government. These governments used these vises to create other equipment during the second world war. When the war ended, they sold these tools cheaply, causing a surplus and forcing Wilton out of business.

This didn’t stop him from forging ahead. In 1952, with the assistance of Bill Ferrick and Charles Vogl, Wilton expanded into the industrial distribution network. By 1965, the company was the main maker of vises.

The L.S. Starrett Company, founded in 1880, manufactures over 5,000 types of Precision Tools for industrial, professional, and consumer markets. As with all enterprises, regardless of size or complexity, this one began with a man and an idea. The man was Laroy S. Starrett, and he planned to “create something valuable that people would want.” Starrett became the “World’s Greatest Toolmakers” by setting the standard for exquisite precision tools for more than 140 years.

Erie tools is another producer of quality vises that dates back to the 1900s. Frank Bacon founded the company in 1902 and specialized in creating vises and hand tools for plumbing. The company acquired Lakeview Forge in the 1950s but later sold it to Textron in the 1960s.

Prentiss Vise Co. was one of the premier U.S. vise manufacturers for nearly a century. Its vises were a staple for railroad and industrial hardware suppliers. In addition to its factory in Watertown, New York, the corporation occasionally outsourced production to other manufacturers. Prentiss was also known for its enormous number of brand names.

This company was founded in 1868 when Mason Prentiss received a patent for a vise. This patent’s primary feature is a swiveling jaw that can fit tapered work items.

The worth of an antique depends on a few factors:

Vises rare in the market tend to have more value than those you can find easily. Many assume that these rare tools are either the best or are unique creations from the manufacturer, unlike other models. However, it’s necessary to note that these might be forged versions of the tools, not original. Ensure to read more on identifying forgeries and reproductions before purchasing one.

While the rarity of a tool can make it high-priced, the condition also affects its value. Even antique vises that are one-of-a-kind could have less value than more common versions in good shape. Most antique tool collectors use the fine tool journal classification system to determine the condition of these vises.

Antique tools with provenance history are sometimes more valuable since they belonged to an early craftsman or other well-known figures. An antique tool’s worth can increase with a person’s initials or name. Imagine laying hands on a vise that goes back to before the second world war!

Sellers of antique tools know that a buyer must have a particular interest in the item before thinking of a purchase. When more buyers are vying for a vise, the value skyrockets, and the owner can make much from one sale. Likewise, a tool with only a few interested people might not have as much value as its counterparts.

Buying an antique vise is preferable to purchasing a modern instrument that may not meet the same quality standards. An American bench vise from the 1930s to the 1970s, for example, is likely to be crafted of high-quality materials.

That doesn’t mean that every antique is worth your bucks. Ensure you’re getting the bench vise you want by keeping these factors in mind when shopping for one.

Check for Signs of Damage

Evidence of earlier damage or repairs is one of the most important things when evaluating antique bench vises. It would be best if you could see the tools in person before purchasing. Don’t worry; you can always ask for photos from different angles even if you can’t. The first sign you should check for is if the vise has been welded or brazen.

If that antique is one of the rare ones, there’s a possibility that it will lose its value over time. In the same fashion, it’s less likely that it will even last for years when in usage. Unless it’s been cleaned up and painted over, brazing tends to leave filler material like brass behind.

Missing parts is one of the most common problems of antique vises. If it comes with a swivel base, ensure there are no cracks or missing tabs. A challenging part to replace on a bench vise is the center bolt that secures it to the swivel base. Therefore, always ensure that the tool comes with one.

Do Some Functionality Checks

Before purchasing an antique vise, you should do a few tests to ensure that it is perfect. If it’s online, you might ask the vendor to record a video of themselves carrying out these tests. Some things you should look out for are:

Where to Sell Antique Vise

Do you have an Antique Vise sitting at home? Why not put it up for sale and see what comes of it. These tools might be old, but they’re gold to several people, especially collectors. Plus, they could be worth several dollars depending on the make.

You can decide to sell these tools at an auction market in your locality. However, if you want to reach a wider audience, going online is the best option. The best part is that you don’t have to be tech-savvy before placing your tool in an online store.

There are two places on the internet where you can get good value for your antique vises.

E-bay is no newcomer; hence, it’s one platform you must have heard about a lot. While many people know it as a place to buy stuff, you can also sell here. Here’s how to get started:

Another global online store that’s perfect for selling vises is Etsy. Like eBay, the process is effortless and only requires you to follow a few steps:

Vises might not be exactly what they used to be, as they have come a long way from their roots. However, these antiques still boast high quality, and many of them are still in working condition. In fact, you might not find newer models that are as good as some of these antiques.