Are you looking for antique sofas to give your living room just the right touch of tasteful elegance and luxurious opulence? Or perhaps you’re a sofa collector who’s extremely passionate about ancient sofas and are looking for your next find? Well, if you’re anything like me (A lover of all antique sofas – even the Boudeuse sofa), then you know how easy antique sofas are to love – and how difficult they are to find!

A History of Antique Sofas

Did you know that ‘sofa’ is derived from the Egyptian word ‘Suffah’ which means bench? It’s true! The first sofa was made in Egypt about 2000 years BC, for the pharaohs to lounge on. At that time, sofas were only for the extremely rich. With time, sofas became de rigueur in Rome – among the wealthiest of Romans, who used them for lounging about and nibbling on grapes!

However, the Roman Empire fell in 500BC, and mankind entered the Dark Ages, where all thoughts of sofas fell from the mind. Sofas were then revived in the late 16th century – almost a millennium later, by European craftsmen. Among the first to reimagine the bench into something worth sitting on was Lord Philip Stanhope, also known as the Fourth Earl of Chesterfield – who was somewhat of a fashionista and innovator in his time.

He invented the Chesterfield for the nobles to sit on – and not wrinkle their clothes. It became so popular among the aristocracy in England that it was de rigueur to have one in your home. Due to its practicality and aesthetic value, the Chesterfield sofa design is still popular in most homes today. 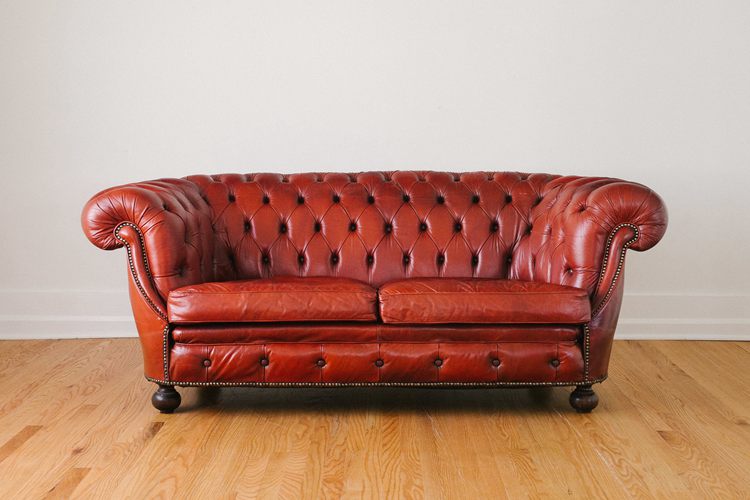 By and large, new sofa designs began to appear, although all of them still featured looks over comfort. Imagine sitting on cushions made of horsehair and dried moss. And then, across the channel in France, another revolution in sofas was taking place. Louis XIV, the king of France, was very partial to sitting comfortably and it was during his time that some of the iconic and timeless French pieces came into play. The Louise XIV, the Chaise Lounge, and the Canapé were all designed by French craftsmen and spread through the palace at Versailles where the king loved to socialize.

England in the 1800s was the time for furniture craftsmen and innovators such as Thomas Chippendale to shine. Chippendale created pattern books of sofas that were functional as well as elegant and opened up sofas to the masses. By the early 1900s, sofas were a fixture in most homes – nobles or not. The only difference was that the flamboyance of earlier sofa designs was replaced by function and practicality. 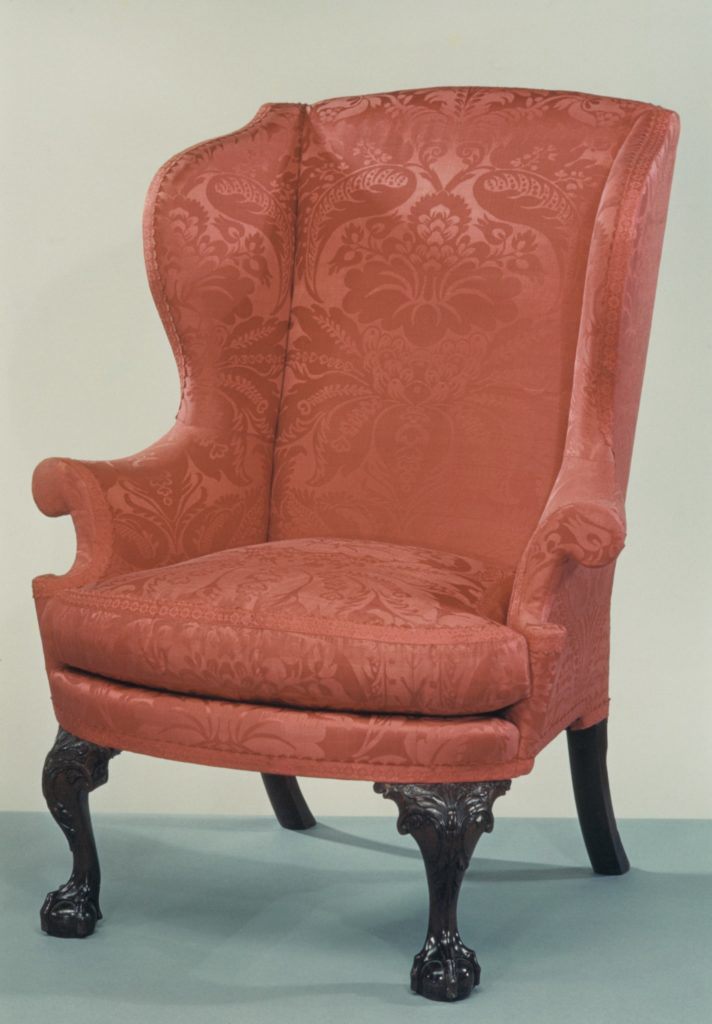 There are different types of antique sofas in the world today -some designed in the United States, while most were envisioned and crafted in Europe. Antique sofas are highly coveted, with most being collectors’ items.

Here’s a classification of the different styles of antique sofas!

Have you ever had a tiff with your partner and wanted to spend some time not seeing them? The Bodeuse sofa (pronounced as boo-duhz) – and translated to ‘sulky’ in French – would be ideal for you. This sofa is designed with two seats facing away from each other – and one common back. 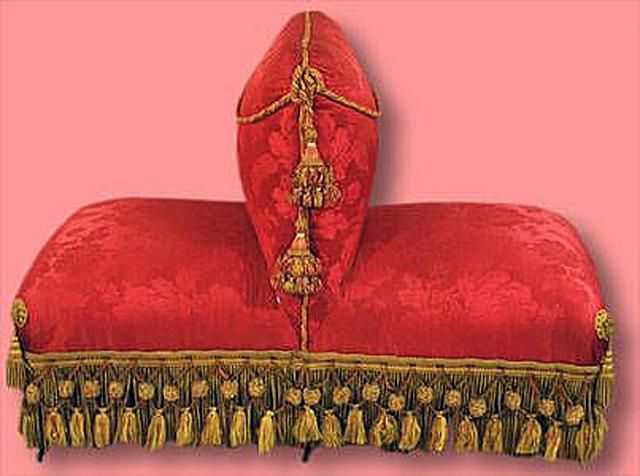 It is also known as the dos-à-dos, which stands for back-to-back in French. Designed between the 1830s and 1860s in France, this upholstered sofa is now used in larger living rooms if you’re trying to create a few different conversation corners. A bodeuse is an ornate, luxurious piece of furniture as is characteristic of the Napoleon III era, and will add a touch of opulence to your home.

Popularly known as the Canapé, this luxuriously ornate sofa is in a characteristic Louis XV style. Long with two angled seats at both ends, this sofa was first designed in France in the 18th century. While intended for seating three people, it isn’t a seat that is designed for exchanging confidences – although it is named for just this!

The  Canapé is the main inspiration behind the French food  Canapé. This sofa is very hard to come by – only a few pieces exist from that time. There’s one on display at the MET Museum on Fifth Avenue in New York that was made by France’s finest craftsman – Claude I Sené.

Antique versions of this sofa have pointed, arrow feet while newer versions have blunt and stubby feet. The Chesterfield sofa is found in most gentlemen clubs in England, although it is a design that has slowly made its way into most homes!

It encompasses an arched middle back that turns upwards again towards the ends, scrolled arms, and cabriole legs – which have been replaced with tapered legs in newer designs of the same. Original Chippendale versions of the Camelback sofa are quite pricey on the market, with a value that can go up to hundreds of thousands of dollars. You can check out an original Camelback Chippendale version here!

The Chair-back settee is a 17th-century design that features a series of chair frames with one common seat. It was first designed and crafted in Europe in the late 1600s, with feet, back, and legs reflecting the trends at the time. In the Age of Walnut – a significant part of the eighteenth century – the leg style was cabriole. In the century after its initial design, chair-back settees were made with upholstered backs for increased comfort.

The Davenport sofa is among the top names in antique sofas in the United States. This stocky, squarish, upholstered, and built-for-comfort sofa was designed and made in the late nineteenth century.  The company that holds the name for this sofa is A. H. Davenport and Company, a furniture firm based in Cambridge, Massachusetts. Every other house on the East Coast and MidWest America has a Davenport in residence since this is also a popular sofa-bed. I, too, am the proud owner of a Davenport!

Also known as the Fainting Couch, the Méridienne Daybed looks like a chaise lounge but is actually a sofa. With a sloping back that runs along the length of the sofa – it is highest at the headrest and lowest at the footrest, this design is quintessentially English Regency with French Empire overtones. Sumptuously elegant, the Méridienne Daybed typically has a scrolled or curved headrest and footrest.

Designed and created in the middle of the nineteenth century, the Indescret sofa is an upholstered French invention that can take two forms. The first one is from the 1830s, and is known to be a circular sofa with three divisions but sharing a single back. The aim of this design is a bit vague, but it is thought to encourage conversation.

However, the second type of Indescret sofa is actually so conversation-inducing that most people mistake it for the tête-a-tête. This second form is from the Second Empire, and consists of three upholstered armchairs that are conjoined in a pinwheel pattern. The Indescret sofa is quite ornately carved and uses coil-spring technology, which is part and parcel of most Victorian-era furniture pieces.

This early 19th-century invention from France is among the key antique sofas available today. The Tête-a-Tête Settee consists of two ornately carved Victorian-era armchairs joined together in a serpentine shape, so that the people occupying this sofa face opposite directions – but can converse quite well without being overheard.

First developed in the 1830s, the Tête-a-Tête settee became so known that the design was flawlessly executed mid-century by Edward Wormley and Salvador Dali.

A Valuation Guide to Antique Sofas

It’s important to get the right value of the antique sofa you have – or are looking to get. This is so you can get it insured – and know if you’re getting a good price. Traditionally, antique sofas are valued based on specific features:

How Much are Antique Sofas Worth?

How To Carry Out An Appraisal for Antique Sofas

When it comes to antique sofas, appraisals can cost you quite a bit, especially if you go the certified route: Which is very necessary if you want to sell or buy an antique sofa. However, if you have one in your home, here’s how you can get an appraisal done for little to no cost.

You can choose to take your sofa to an appraisal day at a local auction house where specialists usually take a look and can advise you about its value. Other options include attending antique shows, showing up with your sofa at a visiting appraisal show such as the Antiques Roadshow or getting it seen by a specialist at your local antiques shop.

Also, Sotheby’s offers a complimentary appraisal on antique sofas. All you need to do is go to the Sotheby’s website, upload photos of your sofa and any other information you may have, and wait for the appraisal in your email.

Some antique sofas can be bought on the cheap (although cheap is relative here), and then restored to their original look. To do this, however, you’ll have to look for an expert restorer who has the right skills and knowledge to attempt this task without destroying the original look and feel of your antique sofa.

Once restoration is complete, you’ll need to get it appraised with proper documentation for insurance purposes. After all, antique sofas don’t grow on trees! 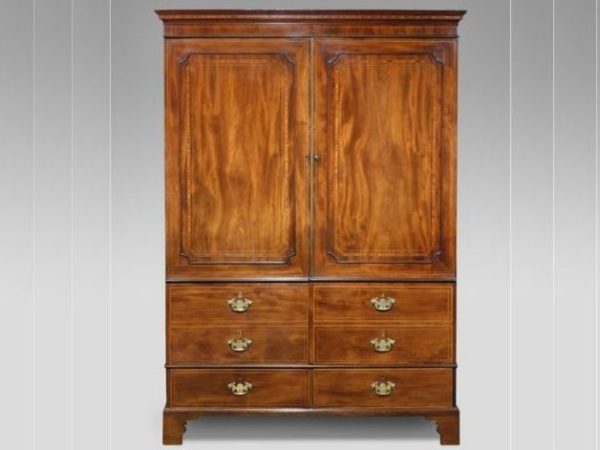 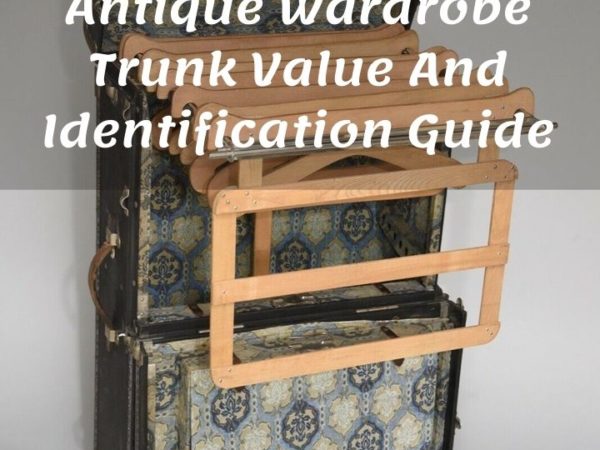 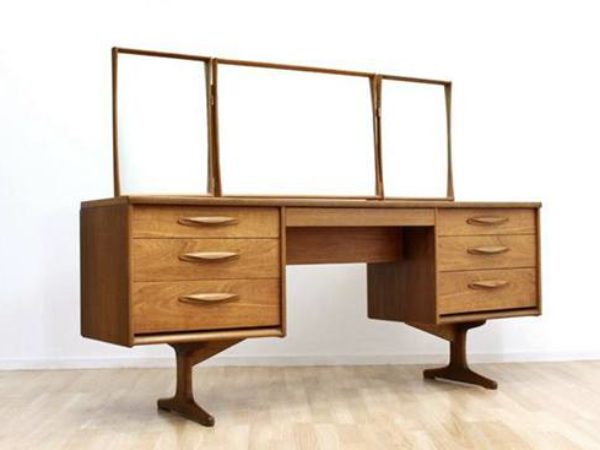 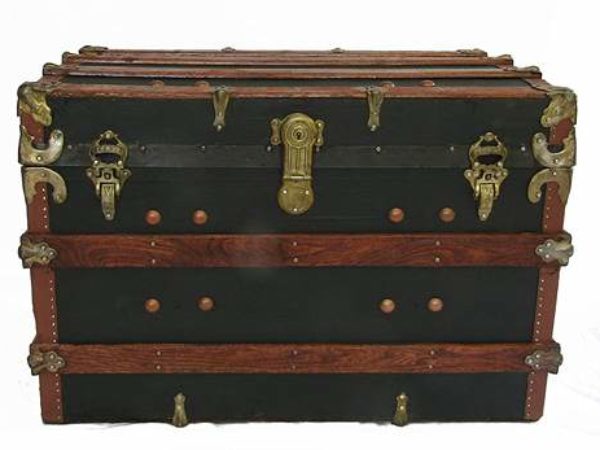 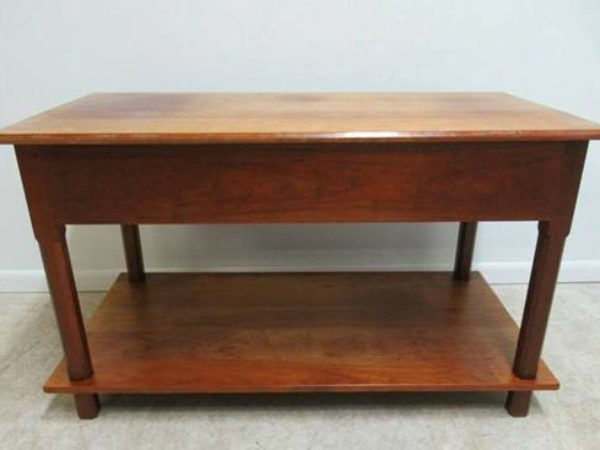