There are different types of antique radios. These radios have varying values and price guides. Hence, the usual confusion in making choices. An instance of this is determining the antique Philco radio value or the antique zenith radio value. In this article, we have listed out a few ways to identify the best, most stunning and affordable antique radio. 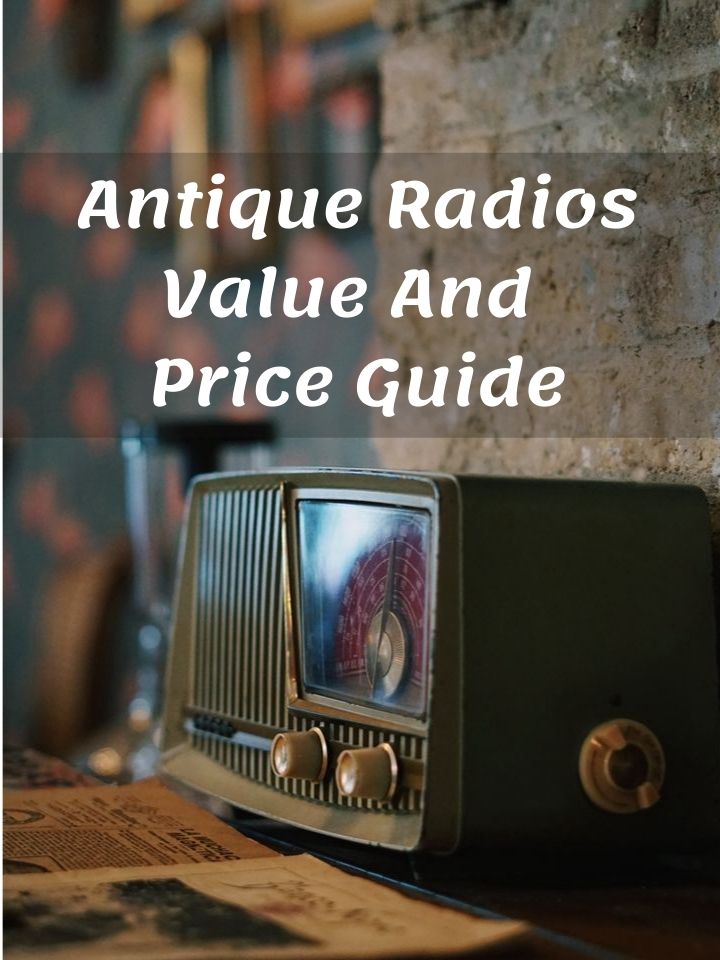 What is an antique radio

Antique radios are collectable receiving sets that are mostly used as decorations. These radio sets have been in existence since the 1920s. The different types of radios include Philips, Grundig, and tesla. Most of the time, collectors acquire these antiques, and sometimes, they have very practical uses. The oldest type of the antique radio was invented many years ago.

How to find antique radio values

You might possess an old radio, but you are not certain what type or value it possesses. Identifying your radio goes a long way, as it can even help with accurate repair information.

It’s surprising, however, that a radio in a very bad condition could have a better value than one that’s in good condition. Repaired radios might sell higher than the book value- series of guesses made by individuals based on personal experience and collection of data

To save you the stress, we have compiled a list of different ways to check if your radio is truly fashionably old or not

Check for manufacturer and model number:

The usual way to identify radios is by looking out for the manufacturer name and model number. Model numbers are mostly  made up of numbers or a combination of numbers. Since model numbers were not limited in terms of standardisation, many manufacturers came up with their style. Some chose to use long model numbers, while some used short numbers.

You will find model numbers on paper labels taped to the back, sides, insides or bottom of the radio cabinet. The label also contains serial numbers and a complete guide diagram. It would be best if you looked out for the following manufacturers of antique radios when deciding a choice;

Admiral – In 1934, Ross Siragusa founded Continental Radio and Television Corporation (CRTC), which produced consumer electronics such as radios and phonographs in Chicago, Illinois and was eventually renamed to Admiral Corp.

Crosley – Crosley Radio is an audio electronic manufacturing company headquartered in Louisville, Kentucky. The current CEO is Bo LeMastus. It is a modern incarnation of the original Crosley Corporation which existed from 1921 to 1956. Modern Marketing Concepts resurrected the Crosley name after the original brand was discontinued by parent company AVCO in 1956, due to declining sales. The modern Crosley first marketed turntables in 1992. Today, Crosley is one of the country’s leading marketers of turntables, as well as radios and jukeboxes.

Emerson –  Emerson Radio Corporation is one of the United States’ largest volume consumer electronics distributors and has a recognized trademark in continuous use since 1912. The company designs, markets, and licenses many product lines worldwide, including products sold, and sometimes licensed, under the brand name G Clef, an homage to Emerson’s logo.

Majestic – Majestic Radios was an American radio brand from 1927 to 1955, trademarked as “The Mighty Monarchs of the Air”. Noted for their high quality, they were initially manufactured by the Grigsby-Grunow Company of Chicago.

Magnavox – Magnavox (Latin for “great voice”, stylized as MAGNAVOX) is an American electronics company founded in the United States. Since 1974, it has been a subsidiary of Dutch electronics corporation Philips.

Philco – In the early 1920s, Philco made storage batteries, “socket power” battery eliminator units (plug-in transformers), and battery chargers. With the invention of the rectifier tube, which made it practical to power radios by electrical outlets, in 1928, Philco entered the radio business.

Atwater Kent – Arthur Atwater Kent Sr. (December 3, 1873 – March 4, 1949) was an American inventor and prominent radio manufacturer based in Philadelphia. In 1921, he patented the modern form of the automobile ignition coil.

Knowing these names is essential, especially if a collector guide lists your radio sets by names instead of model numbers. it also helps enhance communication with other collectors

This is a very common way to check for information nowadays. When it comes to identifying antique radios, you have to look out for popular collectors websites, e.g. Radiomuseum, radio attic, and so many more.

These books always have a list of antiques and where you can get them. If you check for a radio in the Collector’s guide, you will find the date it was made, a picture of it, a brief description and the estimated value. If the specific model you are checking for is not in the guide, you will be sure to see a similar model. Listed below is a list of Collector’s books;

Here is another reliable source of information. Technical references are made available for radio repair shops. Most radio collectors are known to have personal copies.

If there’s no name or model number,

if you could not identify your lamp value using the steps listed earlier, you might have to check for other clues.

Taking a look at the band and frequency markings on the dial can tell you a lot about your radio’s age. Radios made in the 1920s had knobs that were marked 0-100 instead of station numbers. The ones made before World War 2 had a police or aircraft band.

The design of a radio cabinet says a lot about its age and type. In the earliest days, most radios were just basic components mounted aboard. As time went on, they were housed in plain wooden or metal boxes. By the 1940s, other design styles began to come, e.g. the mirrored glass cabinet and the tuners shaped like rotary telephone dials

The year a radio was manufactured goes a long way in determining its value. Older radios always have more historical interest, but they might not be as valuable as a 1960 model

The condition of antique radios determines their values. Many people like to have antiques as decorations, and some others use them for functional purposes. A radio should be in proper condition when it is put up for sale.

This is another factor that determines the value of antique radios. Radio experts have said that a lot do better when quality pictures are taken from different angles and clear descriptions and detailed information. A very good presentation includes information about the brand, model and accessories.

Popular brands like Philips, Grundig, and tesla do well when put up for auction. Other brands are also very valuable

Determining the price of your antique radio might not be an easy task. It may even be harder when you are trying to compare the worth with the price. In this section of the article, we have listed books that contain the estimated prices;

In addition to the books listed above, price guides can also be determined through schematics.

The collection of antique radios is currently on the rise. In order not to make series of mistakes when choosing yours, you will need to do a lot of researches.