Tricycles might not be as famous as the bicycle, but it remains one of the popular means of transportation. These bikes are more comfortable than an average two-wheeler as it offers more stability. As a result, the older generation favors these vehicles more than others.

Following its discovery in the 17th century, there have been several creations, most of which have gone out of style. That doesn’t make them less valuable than recent models. In fact, some of them could sell for as much as $1,500.

If you love these antiques or have one to sell, you need to know the value to figure out a price. Thankfully, I have gathered the necessary information about antique and vintage tricycles. Keep reading to learn more. 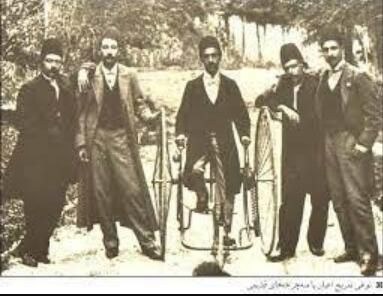 Before we delve into the values of these vehicles, let’s take a brief trip in time and explore the origins of tricycles. There are no records for who created the first of its kind, but it belonged to Stephan Farffler, a German paraplegic. His vehicle had gears and hand cranks to make movement easier.

In 1876, James Starley introduced the Coventry Lever tricycle in Great Britain. The following year, he released the Coventry rotary. Three years after his latest release, there were already over 20 types of multi-wheel vehicles. By 1884, there were over 120 distinct models.

These vehicles became very popular between 1881 and 1886, even more than bicycles. Britains believed that these vehicles were for men of higher classes because they were more expensive. Though there have been other developments, tricycles remain famous in this part of the world.

By 1885, there was a second generation of tricycles. They featured the distinct style of two rear wheels and a center one that separated their tracks. The rear wheels for these models were 40 inches in diameter, while the front wheels ranged from 18 to 24 inches.

The Starley Psycho, which debuted in 1892, was one of the first to mark the third generation of tricycles. Although the pneumatic-tired safety bicycles began to take over in the 1900s, these vehicles remained in production. Apart from adding a few components, there hasn’t been a drastic change in its design since the 19th century.

How to Identify Antique and Vintage Tricycle

Several things can help you determine if a tricycle is really an antique or a reproduction. So, if you plan to get one, it’s best to keep an eye open for the following factors. 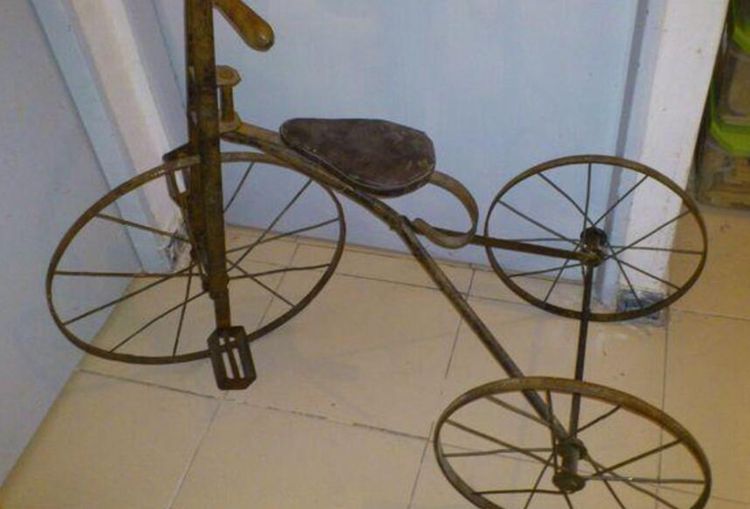 Although some tricycles had wooden seats, most of them did not. Therefore a vehicle from far back would most likely not have these. Even if they do, these seats will wear and tear from being around for a long time. 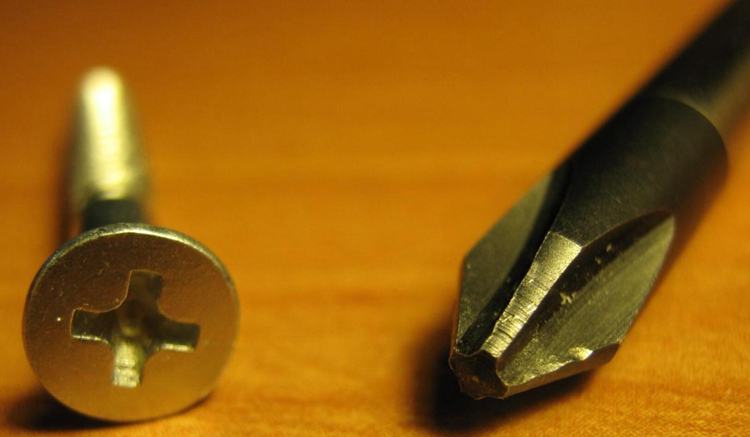 You probably see these around a lot, even if you might not know they are Phili head screws. These are different due to their design that lets the driver’s head to cam out when you apply pressure. Philip head screws appeared in1932, years after tricycles became popular. So, models that are supposed to be before 1932 don’t use these screws.

Six-sided bolts are very common in several vehicles. However, you won’t find such holding anything together in most antique or vintage trikes. Earlier versions with bolts and nuts used the four-sided nuts, not the six-sided ones.

Tricycles came to light before electricity, and before electricity, there was no welding. Older versions of these vehicles don’t have any proof of welding on them. People who claim to be selling tricycles before the 1900s must also note this. Welds on an 1800s trike indicate that it has probably undergone some touchups or repair to put it back in shape.

Tricycles with hardwood wheels with strap steel over the wood (like metal tires) are quite uncommon. Few of these were made, and even fewer have survived. If the trike has wood and steel wheels, it’s probably a fake. However, if it doesn’t have any other features I’ve described, it might be one of the few that survived.

You can look up these cycles to learn more about their wheels. Such research gives you a better idea of what these vehicles cost.

Rust is inevitable with iron-based products. Several fakes have been chemically treated to rust quickly, making it easier to tell them apart from real ones. Any exposed metal on a rusty antique trike will have a brown or even rust.

In other words, you see the typical brown that proves it’s going through the normal wear and tear process. Orange-colored rust develops via chemical oxidation, and it appears to be unrelated to typical wear or exposure.

You’re familiar with the baskets or planters in front or behind some tricycle models. While you can find these on some newer models, older ones won’t have such additions.

The following are some of the best makers of classic tricycles: 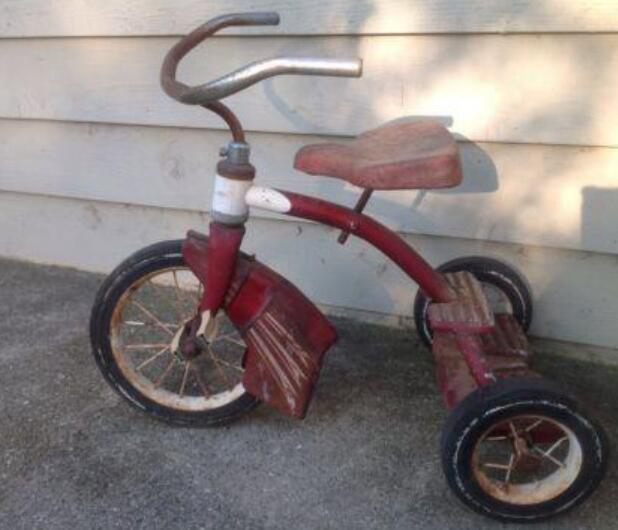 Schwinn is one of the most popular brands of bicycles for both riders and enthusiasts. This brand dominated the bicycle business for most of the 20th century, producing attractive and functional bikes.

Originally from Germany, Ignaz Schwinn came to the US, where he worked in bicycle factories before setting up shop in Chicago. During the US cycling boom, he started his bicycle firm. Since then, from generation to generation, Schwinn has continued to thrive.

Though the company has been bought, it still produces classics from different eras. So, collectors would have to select if they want a vintage that they can rebrand or a newer model. A Schwinn tricycle’s brilliantly colored, high-arching frame makes for a striking display piece while providing excellent ride quality.

This company might not pop up when you search for the top classic manufacturers; however, their creations are unique. A Big Wheel’s frame and wheels are entirely composed of plastic, making it a new take on the traditional tricycle. These bikes, on the other hand, are regaining appeal, making them expensive collector’s items.

A Big Wheel tricycle is famous for its low-slung form, making it a safe alternative for youngsters starting to ride. Since the seat is only a few inches high, they won’t worry about losing their balance. The tricycle’s big front wheel gives it a motorcycle-like feel that has always appealed to youthful riders.

Those looking to add a vintage model to their collection will get the most for their buck with its models. Buyers can locate a Big Wheel tricycle worth the money by purchasing from trustworthy merchants such as eBay. 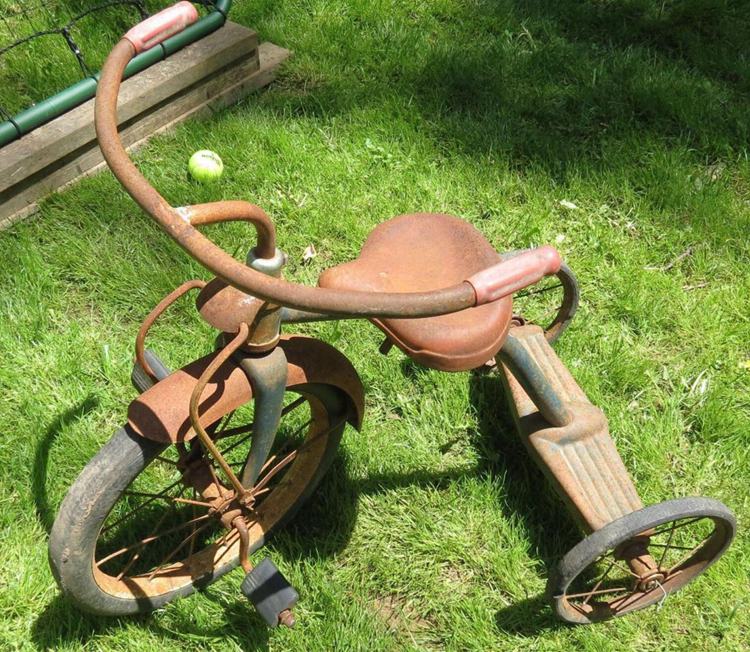 George Pepperdine established Western Auto Supply in 1909, which consisted of a network of auto parts retailers. However, it wasn’t until 1921 that it began diversifying its offerings. Eventually made its way into the bicycle sector in the late 1930s with the production of Western Flyer bicycles.

The Western Flyer bicycle brand is the most well-known product of Western Auto Supply. Each Western Flyer had a unique set of characteristics and fresh materials and designs. For instance, the company built the Western Flyer X-53 with a hydrogen-brazed, seamless steel frame for added strength.

The problem with these models is that they weighed a ton—roughly seventy-six pounds. Over the years, it created better versions, creating other tricycles that remain among the best.

Western Flyer used serial numbers to distinguish the year and model of each bicycle. They also changed the colors of each model year to year. Over time, the company gained a reputation as a high-quality, budget-friendly tricycle company. 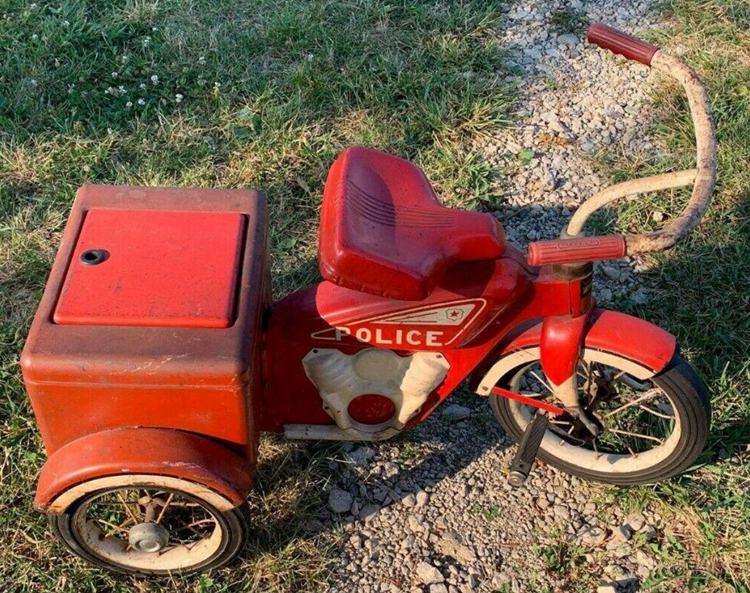 Many people identify Trek motorcycles with modern sportbikes, but a few older versions are perfect antiques. Trek has a few versions of tricycles suitable for beginners who want to learn how to ride a bike. Its bike has a distinct appearance.

Trek was founded in 1976 by a group of just five people who were aiming to break into the industry. Since its founding, the company has grown to become a household name.

What is the Value of an Antique and Vintage Tricycle?

The prices of an antique or vintage tricycle can range from a few dollars to several. Generally, a few factors influence the value of an antique, like tricycles. The most popular of these is the manufacturer or brand behind the creation.

As with any other item, a tricycle produced by a famous brand like Schwinn will have more value than its counterparts. These companies must have gained ground in the industry and become trustworthy producers of tricycles. In some cases, the tricycle has more value if a renowned personality once owned it.

Older tricycles that are rare to come by also have more value than newer versions. It even becomes more expensive when they are probably the last of their kind or one that dates back to earlier times. However, they become more valuable if they are still in working condition or can be restored.

Another thing to note is that the vehicle has to be one that buyers would want before it can sell. Some tricycles that hold little or no interest would be worth less than others. Despite this, it also depends on how much the seller tags the tricycle; it doesn’t matter if it’s vintage or not.

However, if you want to know the real worth, hire a professional to do the job for you. Note that there are different reasons to get an appraisal, including insurance and tax. Therefore, the price of getting this done varies, depending on what you intend to achieve.

How to Get an Appraiser

If it’s your first time getting an appraisal, you might find it challenging to get a certified one. Fortunately, there are a few ways to find these professionals:

First, contact antique dealers in your area to get a recommendation of the best person for the job.

Some sites can like also help out. You only have to take clear pictures of your item and upload them with a description. It’s worth noting that valuations prizes vary from one site to another. For instance, Value My Stuff charges $10 while Worthpoint bills you $30.

Where to Buy Antique and Vintage Tricycles

You can buy these tricycles in an auction sale or an antique store. Another option would be purchasing them online. However, you have to consider shipping fees which can be costly.

You can find some of the best antique tricycles on e-Bay. These items could begin at $150 and go up to $1,000. You can also place bids on some of them.

Some of the vintage tricycles that as sold on e-Bay include:

Etsy is a global online marketplace and the perfect store to search for antique tricycles. Since it has an extensive library, it offers several options for collectors looking to add a vintage trike to their collection.

1stdibs is an online retailer where you can also get the best antique tricycle. It features an online marketplace that sells luxury things, including high-end interior design furnishings, fine art, and jewelry. The business has gained a reputation for bringing antiques into the twenty-first century.

Nothing beats having one of the rare and beautiful vintage tricycles in your collection. As old as some of them, they can be precious and earn you some cash. However, a few things affect how much you can sell these items.

The manufacturer, its age, and its condition are some things that can influence the price of an antique tricycle. If you still can’t determine their value, you can seek the help of a professional. On the other hand, if you want to buy one, several land-based and online stores are available.